I mentioned in an earlier post that I was going to forfeit shampoo.
Well, I went back to it.
Now after reading multiple articles that I stumbled upon
(it must have been a sign!)
I am trying to go poo-free again.
Replacing it with : a baking soda wash.
I mixed a teaspoon of the stuff with a cup of water,
And poured it on my head and scruffed it around.
It was definitely not as satisfying as a normal shampoo,
But I have read that it is much better for natural oil production of the scalp.
What shampoo does is
A. Strip your hair of natural oils, causing your scalp to overproduce to make up for it
B. Makes you shampoo your hair more often than otherwise necessary because of the oil build up and
C. Thus makes you buy more shampoo.
The moral of the story, it’s probably just a marketing scheme.
I mean look at the ingredients on the bottle! Who knows what all that junk is!
Lately my eyes have been opened to ingredients and how gross some of the stuff we use on our bodies and put into our bodies unknowlingly is.
Obviously some of it’s just too good to care about,
But shampoo is not one of these for me. At least not right now.

Here is a photo I took yesterday of my baking soda hair. 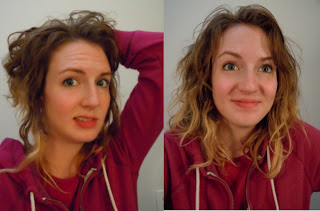 It feels a little grungy, but I have to be patient and wait for my scalp to regulate it’s oil production, or so I’ve read. So I will wait.

Oh and I did something to my hair. But I will post pictures of that at a later time.

Here are my projects from Monday, Tuesday, and Wednesday!
I may end up doing a post tonight, but probably not.
My brother is home from Korea
(after over a year of being gone, teaching over there!)
And we are probably going to be too busy having fun and doing art for me to want to make a double post today. But.
Never say never.
At least that’s what they say. 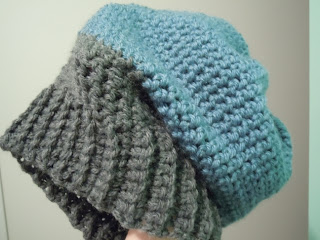 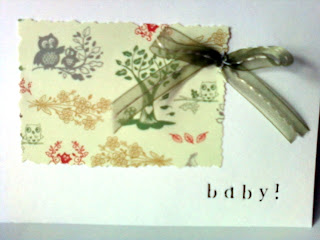 TUESDAY: A card for my cousin’s baby shower… took this photo with my cell phone,
That’s why it’s so incredibly sucky. 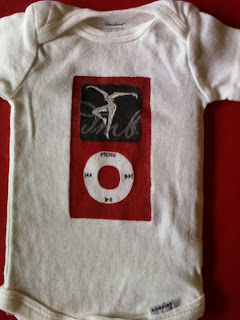 WEDNESDAY: a onesie for my cousin’s baby shower. I handpainted an ipod nano with Dave Matthews Band on it, because that is her favourite band. (so obviously it will also be the baby’s favourite band 🙂  ) I have to block her temporarily from my facebook now so she won’t accidentally stumble upon this blog entry and spoil the gift surprise!
That is all for now.
-peace and love